On Monday, September 16, 2019, Laser Line was proud to support Beltway Companies, by participating in their 8th annual golf outing, to benefit the Beltway Companies Endowed Scholarship Fund for St. Mary’s College of Maryland.

The St. Mary’s college scholarship fund was established in 2011 by Jack C. and Jeanne Saum, both graduates of the college, as part of their commitment to corporate social responsibility. The Fund provides a scholarship and paid internship at Beltway Companies to a St. Mary’s student who meets the financial and academic criteria. The goal is to help develop individuals who will want to build careers in the commercial truck and transportation industries.

The Saums wanted to provide ongoing opportunity and assistance for deserving college students and help future generations join the commercial truck/transportation industry. In 2011, Beltway Companies donated $25,000 to establish the fund. Each year since, they have hosted a golf outing in support of the scholarship fund and have raised more than $280,000!

Laser Line has been serving the printer needs of Beltway Companies since 2012 and were thrilled to sponsor a hole in support of their scholarship fund.

The weather was a bit sloppy but the spirit in the air was cheerful and a great day was had by all. 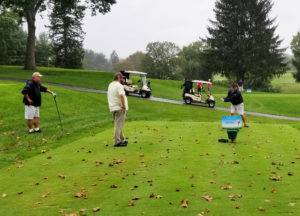 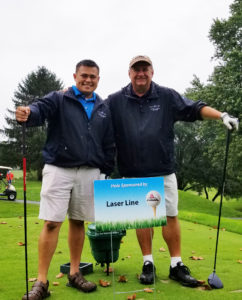 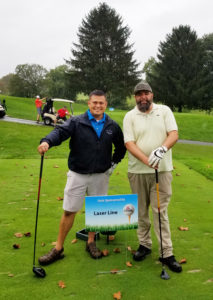 Beltway International opened in Baltimore in 1982 under Jack Murray and still remains the headquarter location. Jack Saum Sr. joined as the general manager in 1984 and eventually bought the business in 1997 when Murray decided to retire. The company quickly began to expand its reach so that by 2008 Beltway Companies included five full service dealerships authorized to sell Kalmar-Ottawa and Jerr-Dan equipment in addition to International® trucks.

In 2009, Jack Saum Jr. took over the reins as dealer principal of the company. With the corporate goal to expand, Beltway Companies opened two more dealerships including a dedicated Idealease facility in 2012. In 2014, the company took over the used truck center in Baltimore. There are currently seven full service dealerships throughout the state of Maryland. In 2010, Beltway Companies was honored as the American Truck Dealer’s (ATD) dealer of the year.

Have you had an excellent experience with our service team? If so, we’d love to hear about it! If you have a minute, could you help us out with a Google Review?